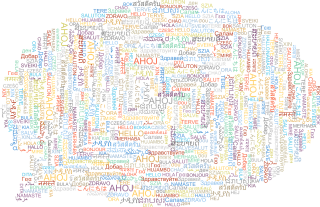 You have noticed that your favourite language is missing on our voting platform? Or that some part is incorrectly translated or not translated at all? Or you simply would like to contribute to Belenios? Your contribution is very much welcome!

You can modify an existing translation or add a new language using the Weblate platform. You can easily create an account and contribute. We provide here a few guidelines.

The list of currently existing languages on the Belenios voting platform can be found here (listed as language codes). We prefer to use our own translation for French but we really need your help for all the other languages. Even well supported languages have untranslated sentences as we constantly improve our platform. Please consider helping to translate these extra sentences!

What to translate first?

We have split the translation files into two components:

The vocabulary of an election is very specific. Moreover, Belenios makes use of cryptographic concepts unknown to most users and requires new entities (such as decryption authorities) which do not exist in paper-based election. Hence a special care is needed to translate these notions. It is important to chose words that still convey some intuition for the user. Even more importantly, the chosen words should be consistently used within the translation otherwise the voter or the authorities will be completely lost.

We strongly recommend that you use the glossary, and start by creating one if none exists for your language. We give here a list of words that should belong to the glossary with a few explanation for each of them. We refer to Belenios instructions for more explanations on this vocabulary.

Have a look at the voting platform.

It is sometimes hard to translate a sentence and sometimes just some fragment of a sentence without knowing the context. We advise that you set up a mock election on our voting platform to see how it looks like.

How is it integrated in Belenios?

Once a translation is sufficiently advanced, it is added to the next release of Belenios. We only have a couple of releases every year. Intermediate and more frequent test releases are available on our beta platform. You may check if your translation is available here in order to see an election in your language. NEVER use the beta platform for real elections. It may be reinitialized at any time and data is lost.